Today is 26th of May and is marked as Sorry Day. It’s a day when we remember the mistreatment of the Indigenous people, those that were forcibly removed from the families are known as the stolen generation. 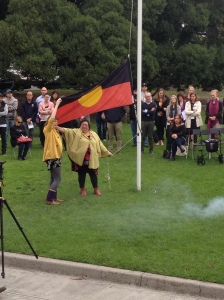 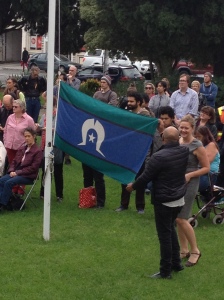 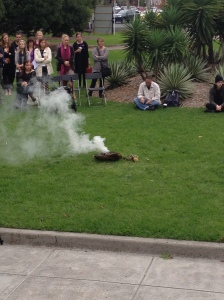 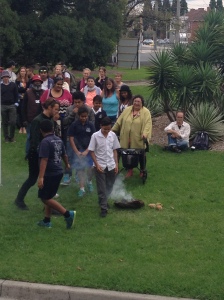 These dates are significant – the first marks the 1967 referendum and the latter marks the 1992 decision of the High Court of Australia in Mabo vs QLD Rejection of terra nullius: The decision recognised that the indigenous population had a pre-existing system of law.

Today we stand and solemnly pay our respects to the elders on the raising of both the Aboriginal and Torres Strait Islander flag at the front of the Town Hall. A smoking ceremony was held, which is representative of traditional culture.

It recalls the day where Aboriginals (Australia’s 1st peoples) were given the vote, and included in the national census.

At the beginning of all Council speeches, and important events, we always say a ‘welcome to country’ and pay our respects to the elders, and acknowledge their traditional ownership to this land.